In a greenhouse or conservatory, condensation can lead to plant damage, disease, scorching and reduced light transmission.

Anti-fog coated film also helps to control light transmission to enhance growth conditions. The film is hydrophilic with anti-fog additives, enabling it to migrate water to the surface so water sheets off it, removing all traces of fog.

We provide anti-fog coated film that
controls condensation in greenhouse
and conservatory environments. 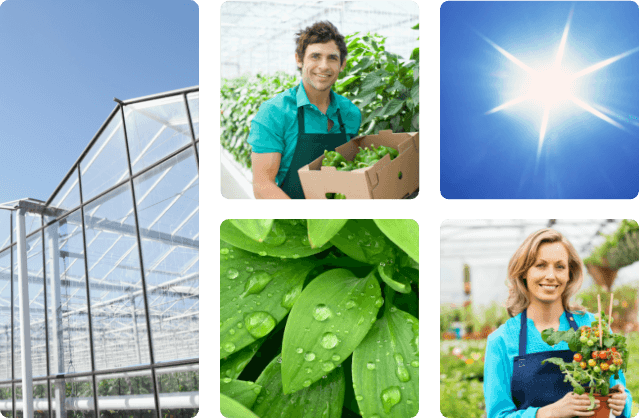 Why is it important to reduce condensation in greenhouses?

With condensation, water can drop from the film onto plants, causing spots which can damage and encourage disease. Drops of water on the film surface can also attract additional sunlight which may increase the risk of scorching plants. Discrete water droplets on the surface can also reflect light away from the greenhouse and reduce light transmission by as much as 50%, also increasing the incident rate of certain diseases, compromising plant quality and growth.

Water can also condense on the film surface if there is moisture in the greenhouse atmosphere, and the outside temperature is cold enough. In humid environments, fogging in the form of small droplets commonly occurs on plastics due to temperature differences inside and the plastic greenhouse enclosure.

Condensation increases with higher relative humidity and can be further influenced by the plants which transfer water vapor from the soil to the air through their leaves. Fog formation can lead to a reduction of transparency and light transmission, resulting in burning plant tissues from the lensing effects of large water droplets. Small drops grow in size and begin to drip increasing to the point of causing plant damage, especially to seedlings. These fog droplets form from the difference in surface tension from the polar water droplet and non-polar polymer surface.

Additional ventilation or heating may be necessary to remove moisture and misting from the greenhouse by bringing in warmer air from the outside. Anti-fog films are usually made from grades of polyethylene which retain heat well in a greenhouse. There will also be a temperature lift because of the increased light transmitted, the water layer on the film surface also adds to the heat retaining properties.

How does anti-fog coated film work?

Anti-fog coated film contains additives that alter the surface tension of the film and encourages water to condense not as droplets but to create a water sheeting effect. As a result, water flows off as a very thin film layer down the slope into the gutters instead of remaining on the greenhouse in a beaded droplet. This anti-fog or anti-drip effect occurs over time and environmental conditions.

Our senior chemists and technical support staff are dedicated to supporting all your coating and process needs.

Find the right coating product for your application needs by searching our product catalog.